In 2019, November our journey of re-reading the characteristics of Memu had led us to dig under the ground. Our motivation of trying to understand the ecosystem that is surrounding Memu could not be completed without bringing the underground resources under the daylight. As widely known underground resources could offer great potentials to generate a stable supply of energy and water (1-3). Due to its thermal isolation properties, underground spaces have also been particularly utilized today for the housing and storage of foods for centuries (4, 5). Additionally, the structure, the chemical composition of subsurface soil would tell us stories about its past, explain the present, and even helps us know what to expect in the future from the soil and its ecosystem.

In September, we visited Hokkaido University and Hokkaido Geological Survey where we were given access to the maps and technical information about previously performed geological surveys in the south Tokachi region close to Memu. Talking to the experts on their comprehensive geothermal research in Hokkaido (6-8) and reviewing the literature on energy potentials in the south Tokachi region (9-11), provided us a valuable perspective structuring our survey.

In summary, based on literature and expert opinions, the Memu area due to its proximity to water sources, has the potential of being a stable geothermal energy source. Yet, as Figure 1 illustrates the geological formation is not as volcanic as inner Hokkaido where there is a 6-10°C rise of underground temperature at every 100 meters below the earth (11). It is only estimated about 1.5 °C of temperature rise at every 100 meters for southern Tokachi, the region of Taiki where Memu stands (see Figure 2).

Figure 2. relationship between temperatures of underground water and depths in Hokkaido (ref. 12)

For an accurate reading of the underground potentials at Memu, in November 2019 we realized a shallow subsurface survey at a 20 meters borehole. In addition, we realized a Standard Penetration Test at every 1 meter. The survey provided us the information to analyze and understand the soil structure and the water depth, as discussed below.

Video 1: breaking the ground for digging out the borehole

Following the shallow subsurface survey, we installed temperature sensors outside and inside the borehole at every 2.5 meters under the ground until -20 meters. This allowed us to map the soil subsurface structure together with the temperature readings as shown in Figure 3. Additionally, we installed a water level sensor at 15m deep inside the hole for a deeper understanding of water, soil substructure, and underground temperature effects on each other. #Water 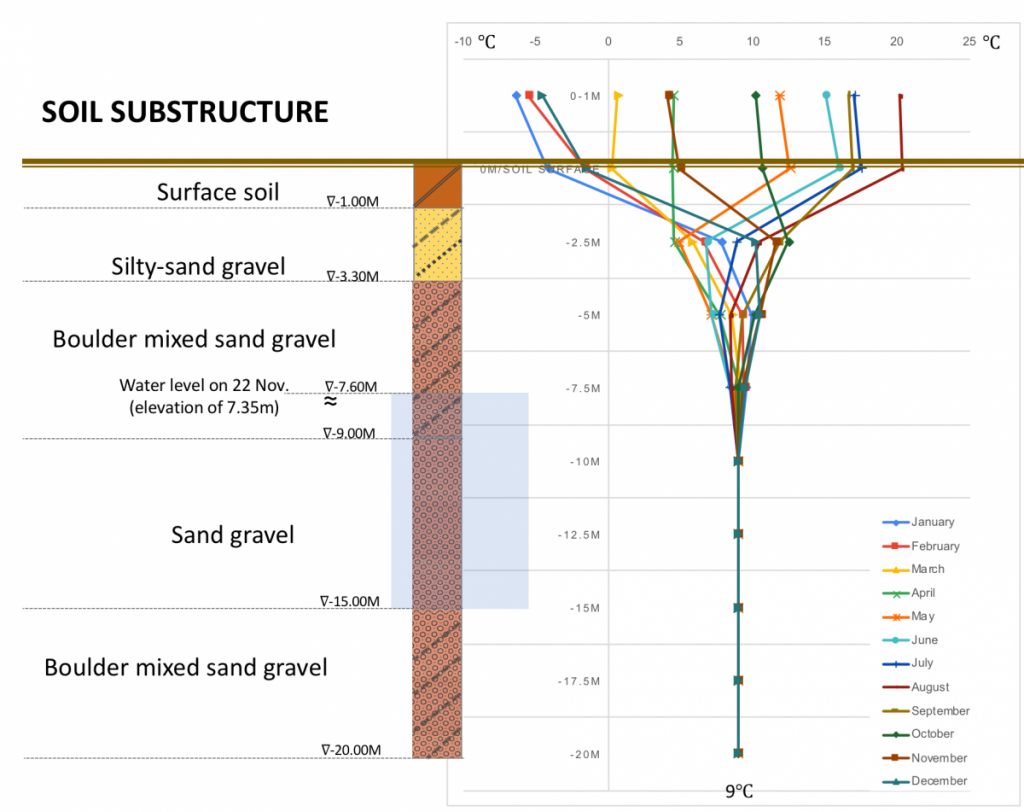 Figure 3. soil substructure data and its temperature around the year

1.00 – 3.30m: The next level soil structure had less silty-sand and contained gravels with a maximum diameter of 100mm.

3.30 – 9.00m: After 3.30m the soil structure became harder to penetrate and showed resistance above 50 strikes during the Standard Penetration Test as plotted in Figure 4 and observed in Video 2.

The gravel diameters at this level were mainly between 2-40mm. However, 60-70% of the soil structure was composed of smaller pebbles sizing between 6.2 – 7.00mm.

Until 7.5m under the ground the water consistency of the soil was low. However, on the 22nd of November 2019, during the survey water was found at 7.60m below the ground. Later, the water depth at this level was measured to be 7.35m (until 14.95m below the ground).

Video 3: taking out samples from the water level

9.00- 15.00m: Gravels in this layer showed diameters between 2-30mm. Around the mid-level, they reach 60mm in diameter. 50% of the soil was composed of round pebbles and irregular-shaped gravels. The amount of the water in soil was high and consists of silty-sand.

15.00- 20.00m: Gravels in this layer occupied 50-60% of the soil structure and showed the same size as the above layer (2-30mm). At the center level, the diameter of the gravels was mainly about 70mm and a maximum of 210mm. These gravels are to be classified as boulders of eroded rock fragments. Sand at this level had silty property too.

future of reading the shallow subsurface…

Thermal conductivity properties of soil are defined by several factors and among those its density, and water amount are one of the most important factors (13). During our survey, we found that the soil density has largely increased after 3.30m. In other words, the underground temperature after 3.30m could be expected to be more stable compared to the surface soil due to its relatively higher thermal resistance. The thermal conductivity properties of the soil were found to be in favor of providing stable temperature, especially where the soil contained relatively larger gravels.

Once the underground temperature is stable as observed in our survey, geothermal energy generation and the creation of habitable space below the ground for varied activities could become an exciting opportunity to utilize what nature generously provides us.